Another week, another Top Ten Tuesday. This bookish meme is hosted by The Broke and the Bookish every Tuesday. This week focuses on books that I believe are underrated and/or hidden gems. I think that I talk about these types of books a decent amount, but since I haven’t consistently blogged on here. I’m going to reference from the ones I read in late 2016.

What doing this list has shown me, is that I read A LOT of popular books toward the end of 2016. I also read a lot of books that were just okay. The books I listed here, don’t get enough blog/media  traction, and really should.

Tuesday again; happy day! This week’s post is devoted to books that were released last year that I meant to read, but didn’t get around to it. This is pretty self explanatory, so I’ll get to the books.

So those are my books. I have to definitely make sure to read them this year at some point!

It seems as though people really liked when I did this bookish meme hosted by The Broke and the Bookish every Tuesday. So here is another one for this week.

I’ve talked about a lot of these books on my blog already, and if I haven’t talked about it yet – expect an upcoming post (I’m looking at you Raven Boys Cycle). I realized that this list basically covers almost all of the books that I’ve read that were published this year. What are your favorites? Do we have any that overlap? Let me know in the comments down below.

I don’t know if I’m going to regularly do this, but I liked this week’s topic. I’ve read a lot of political science books that don’t get much traction on Goodreads. I’m going to use this time to highlight some of those books and some other underrated fiction.

This is a memoir about a person who was addicted to prescription pain killers. I really enjoy books about recovered (recovering) addicts. This one was a little better than others. I gave it 4 stars.

I’ve referenced this book on my blog before, and it’s fantastic. It’s a in depth look about hunger in the US. It gives you a lot of food for thought. 4 stars!

This is a book I read either in grad school or undergrad. I took a couple of National Security courses (my specialization), and it was pretty great. Richard Betts makes what could be a boring topic engaging. If you’re interested in the CIA, FBI, and the overall American intelligence system – this book is for you! 4 stars. 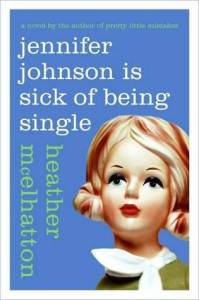 I cannot believe that Heather McElhatton’s books don’t have more views on Goodreads. She’s such a good writer for those of us who enjoy chick-lit. This book, in particular, is absolutely hilarious.  5 stars!

I really liked this book. It’s sort of like an adult version of a Dead Poet’s Society. A bunch of people trying to answer the questions of life. This book is definitely character driven, which is great. Walter Mosley has a lot of books, and I think this is one of his best. 4 stars. 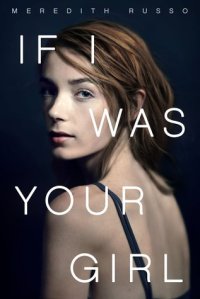 This book probably only has under 2000 ratings because it’s new. But you should definitely go out and read this book. It’s an #ownvoices book written by a trans woman about a trans girl who moves to live with her father in the South. It’s a contemporary romance, and is very cute! 4 stars! 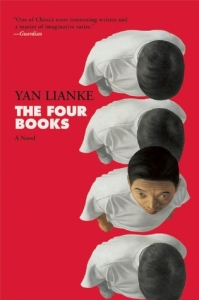 This book is so good! This was on the short list for the Manbooker International Prize for 2016, and I am so happy that I read it. It’s a wonderful fictional telling of the The Great Leap forward and life in a re-education camp. If you don’t know what The Great Leap forward is, try to pick up this book. 4.5 stars. 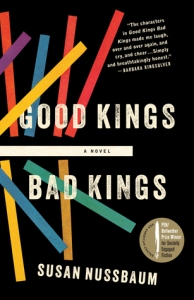 Good Kings, Bad Kings is a good book shedding some light on both individuals with physical disabilities and the state care system. It’s written by a woman who crated plays focusing on physical disabilities, and she uses a wheelchair herself. This book is set in Chicago and is written in a variety of dialects that are true to inhabitants of Chicago and the surrounding areas. If you’re looking to read some books that have a variety of characters, I’d suggest this book. It’s a 5 star read.

This is another Man Booker International Prize 2016 find. It’s originally written in French, and it follows the path of a heart transplant. You get to see into the lives of the person who is going to donate the heart, their family, the doctors and nurses involved, and the recipient of the heart. It’s an interesting look at how the transplant process effects so many. I thought it was a superb concept. 4 stars!

I actually don’t understand how more people haven’t read this book. It follows a male narrator, Benjamin, who’s parents drop him off at an in-patient “boarding school” for trouble teens. These “troubles” range from depression to anxiety to a variety of personality disorders. The hospital is very focused on punishment and Benjamin has to figure out how to navigate his years at the school.

I love recommendations! I hope that you’ll check out a couple of this books. Happy Tuesday!