Hi all! I’ve been seeing a lot of my non-book obsessed friends asking on various social media sites about book recommendations for the summer. Since I literally blog about books, I thought I’d make a post about just that. I’m going to recommend ten books, most of which I have read of varying genres. For those of you who read my blog somewhat consistently, there will be some repeats. Now I’ll begin my list in no particular order.

I’ll Give You the Sun by Jandy Nelson

I’ve talked about this novel a bunch on my blog, because it’s amazing! It follows the dual narration of a brother and sister, the catch is that they’re speaking from two different times. Jude, the sister is in the “present” and trying to uncover something that happened 3 years ago. Noah, the brother, is in the “past” three years ago. It’s a lovely tale of struggle, triumph, and family.

I’ve Got Your Number by Sophie Kinsella

I’ve already lent this book out to a co-worker this summer. This is a great beach read. A light comedy about a woman who loses her engagement ring and instead finds a phone in the trash. Hilarity ensues as we watch our heroine try to sort her life back together. This is definitely a good book if you want to read something that doesn’t require a lot of energy.

I live for this book. It’s a series of shorter essays that all revolve around pop culture in some regard. It’s also the type of pop culture I am actually aware of, and not just obscure movies I’ve never seen. The author uses these pop culture references to talk about feminism, what it means to others and what it means to her. She gets a lot of bonus points for including queer topics and topics of race and gender. It’s really a remarkable book.

A Darker Shade of Magic by V.E. Schwab

This selection is for all you Harry Potter fans. V.E. Schwab has not only created one world, but 3* worlds of magic for you to fall in love with after the first page. This is going to be a trilogy, with the first two books already released. I’ve read both of the books, and they’re pretty good. It doesn’t take too long to get through either of them, so they’ll be fast and entertaining reads. 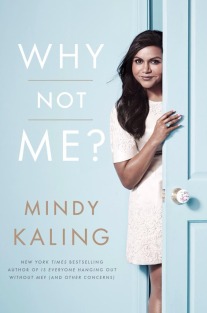 Why Not Me? by Mindy Kaling

My love for Mindy Kaling knows no bounds. This is why I bought Hulu when they picked up her show, The Mindy Project. I’ve already reviewed her book; so you should already know it’s hilarious and perfect. It’s broken down into simple chapters that allow you to stop at any point without losing the cohesiveness of a story. It’s a perfect read for road trips, laying out by the pool, or relaxing in the shade of a tree. Did You Ever Have a Family? by Bill Clegg

This pick is for those of you who like literary fiction. This is the fictional debut of Bill Clegg, who masterful crafts a story told through 7 different narrators about small town life, family, rumors, and finding peace after tragedy. I wouldn’t call this a lighthearted book, but it is definitely something that is easy to immerse yourself in. Bonus points: there are a number of beach scenes in the novel. A review of this book was my first this year if you want to check that out. 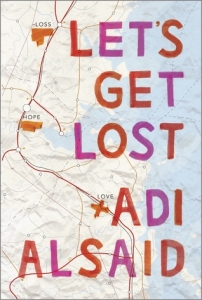 Let’s Get Lost by Adi Alsaid

This is one of my favorite YA contemporary books. There are basically four distinct stories, where the connecting factor is a girl named Leila who is traveling across North America. There’s even a scene where a couple of teens try to illegal cross the border into Canada. If you’re looking for a fun feel good read with a happy ending, this is definitely the book for you.

The Love of Her Life by Harriet Evans

If you want a chick flick in book form this is it. I kept this book on my shelf for a couple of years (and a couple of states) before I finally got around to reading it on a road trip from Nebraska to Connecticut. I’m not sure what took me so long. This book is all love story, part mystery, and a real pager turner. There’s a movie by this name that doesn’t hold a candle to the book. It’s definitely appropriate for a fun beach read. It’s also a slightly longer book, so you won’t need to bring multiple with you unless you’re a fast reader.

All the Light We Cannot See by Anthony Doer

This is the 2015 Pulitzer Prize winner. For those of you who like historical fiction, especially WWII fiction, this book is right up your alley. It follows two children, one from Germany and one from France, and their stories as they try to survive the war that is causing so much devastation around them. This is a pretty large book, and it starts off very slow. There’s a lot of scene setting that becomes especially important later on, but you have to get through the first couple of chapters. This book is definitely worth adding to your reading list, as it is sure to become a classic.

The Girl with the Dragon Tattoo by Stieg Larsson

Last but certainly not least is a pick for those of you who like thrillers. Even though this was such a widely popular series, I still meet people who have never taken the time to read this book. It’s full of great character development, mystery, a little chaos, and a hell of a strong female protagonist. I know a lot of people are worried that this book is very dark, and there are rape scenes in this book. However, Larsson created a world where his characters get even and ultimately remain honest while doing so. I think that if you haven’t given this book a try, this should be the summer to start.